The adorable little English bulldog puppy seemed a little disenchanted with the world as soon as she appeared there, her face conveying the uncanny expression of someone genuinely disappointed. 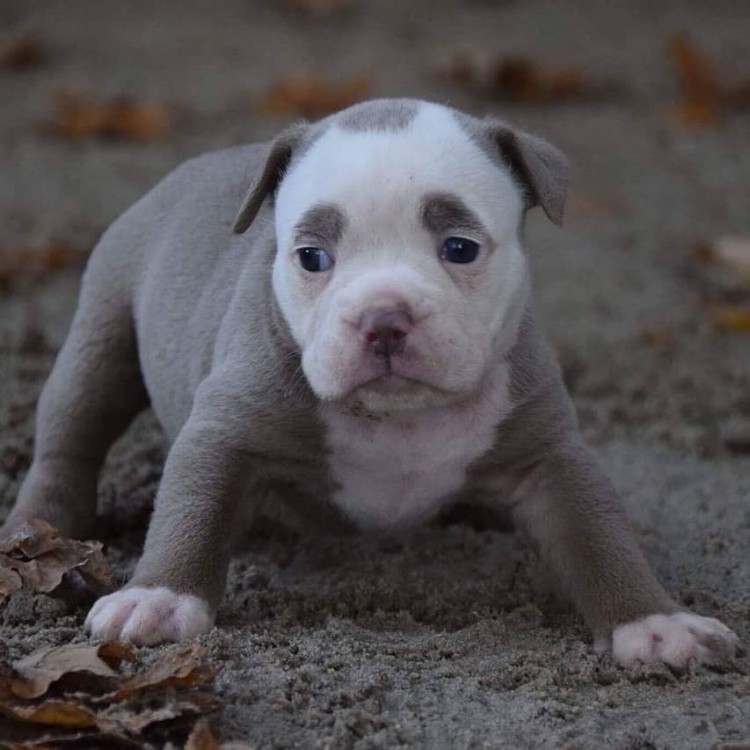 Madame Eyebrows is a young English bulldog from Germany with an unusual look. Her owner saw it right away. Despite being a year old, the dog's crabby look hasn't gone away.

When she's playing, sleeping, begging, or just having a good time with friends, she'll always wear the same sad expression because of her beautiful eyebrows and pouty lip. The reality is that she's much happier than she appears 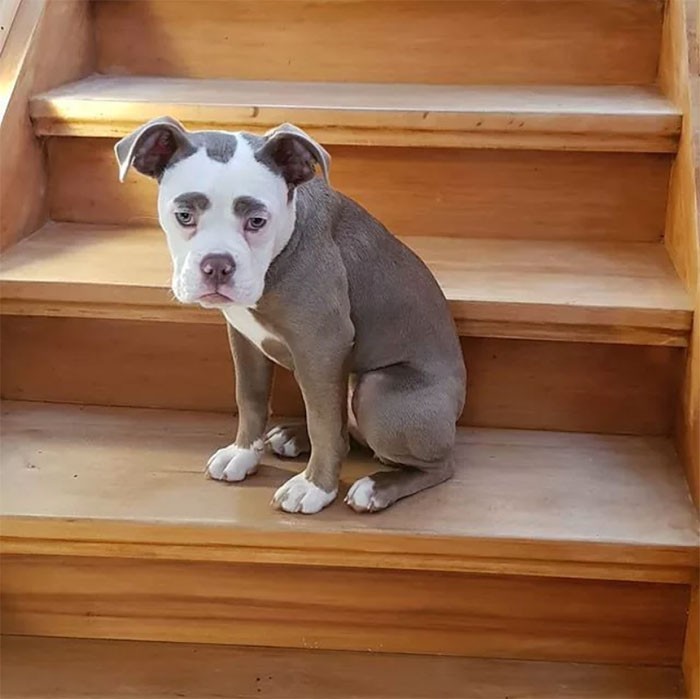 There are also dogs that have a look of constant sadness and worry, despite the fact most dogs always seem to have just won the lottery.

Because of her distinctive facial features, whose shape looks like eyebrows, she was born with that name. 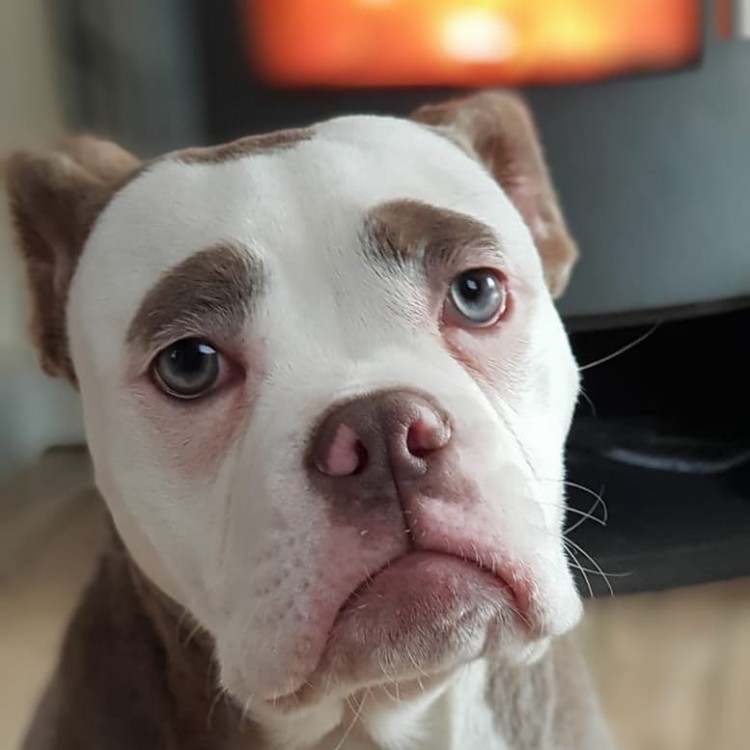 She looks dejected and sad because of her eyebrows, but they give her a unique appearance.

Is there anything that can make this pup look happy?

Maybe this puppy food can? 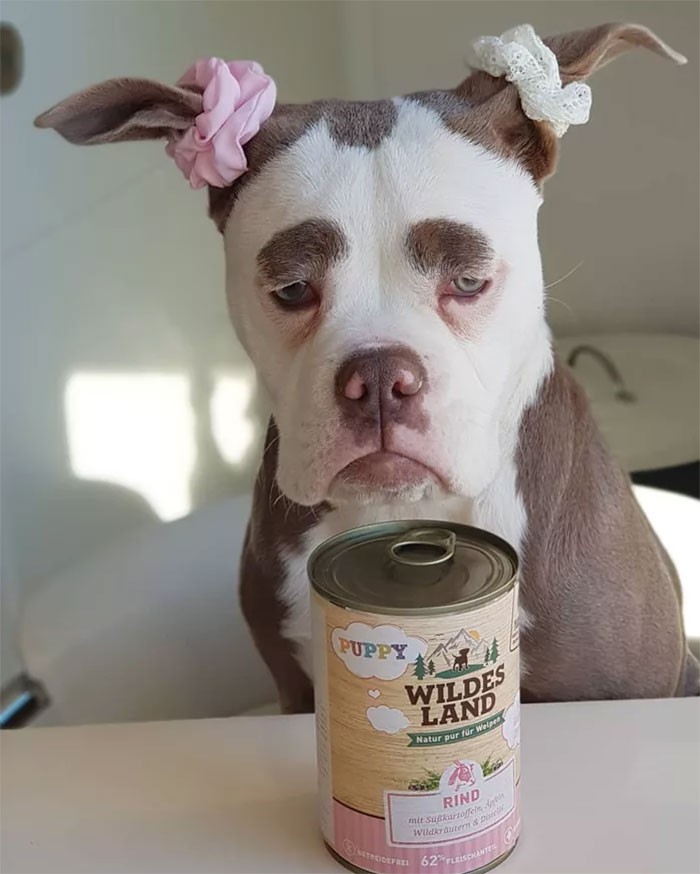 Ans: No. Apparently not.

How about this tote bag? 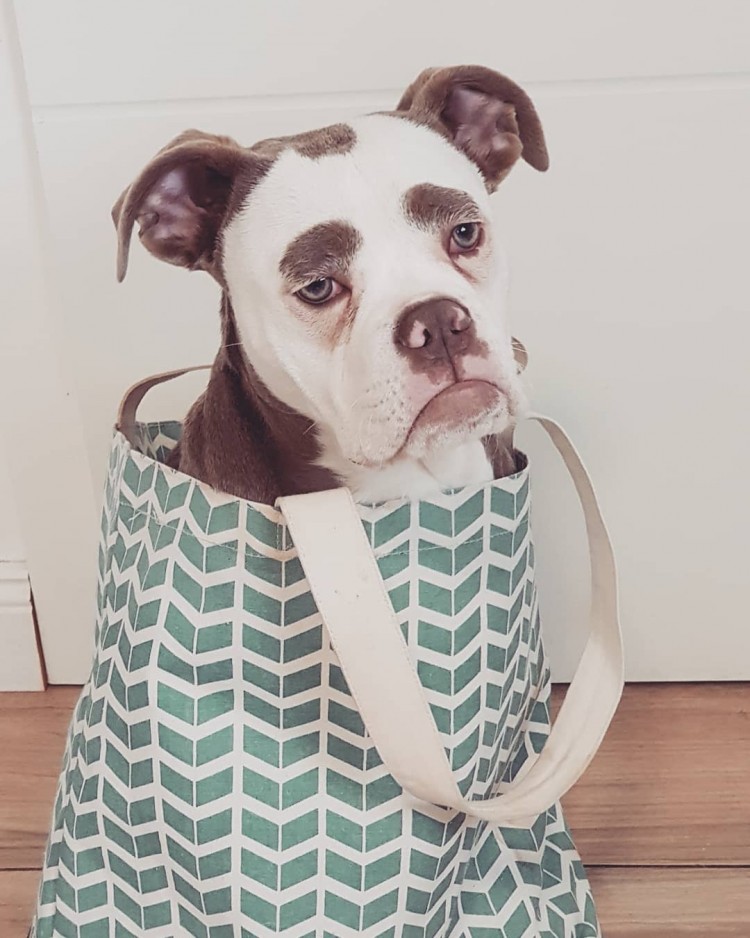 Ans: It's still nothing.

How about this lovely flower? 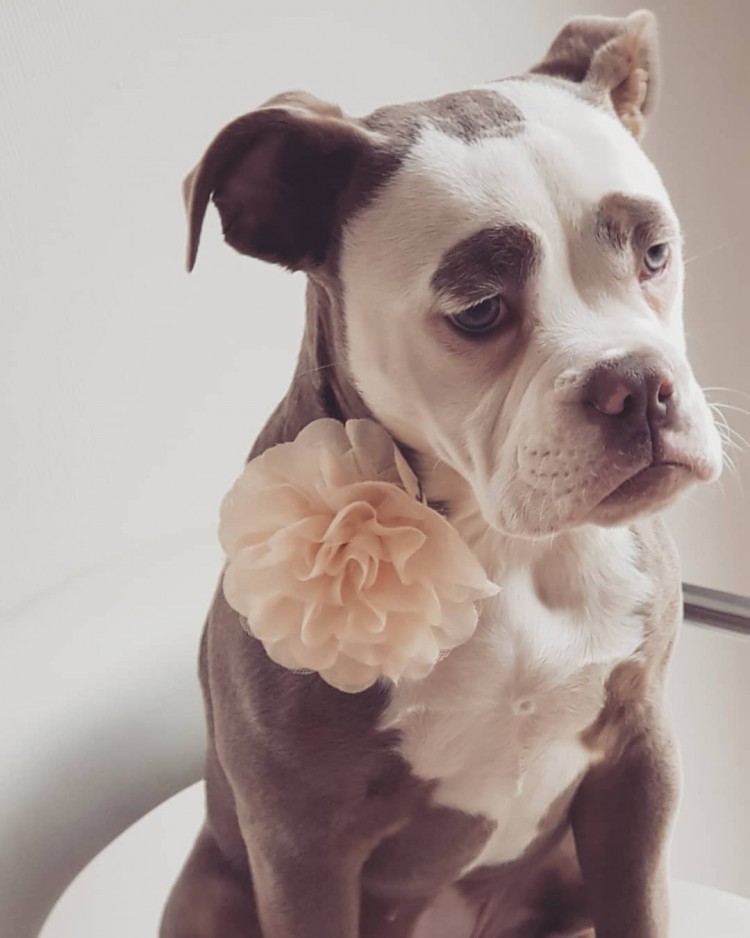 Then how about some ice cream? 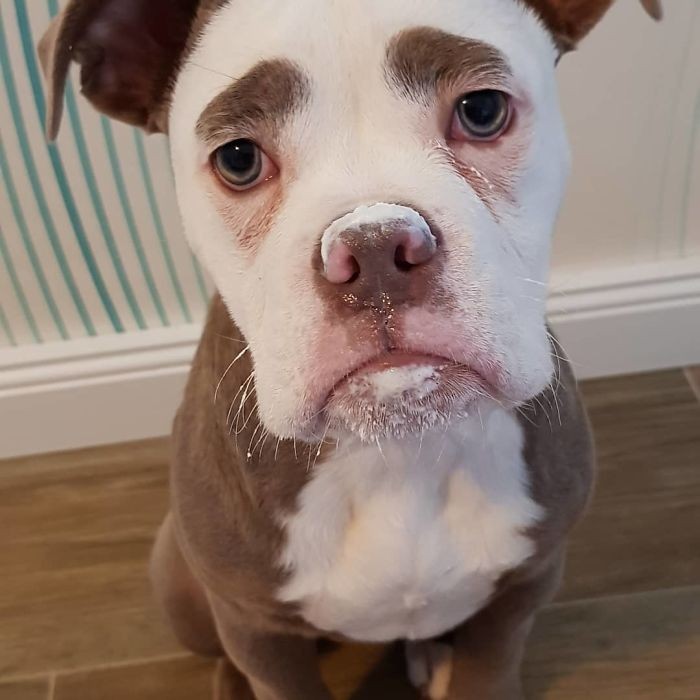 What do you think of her lovely pink bow tie? 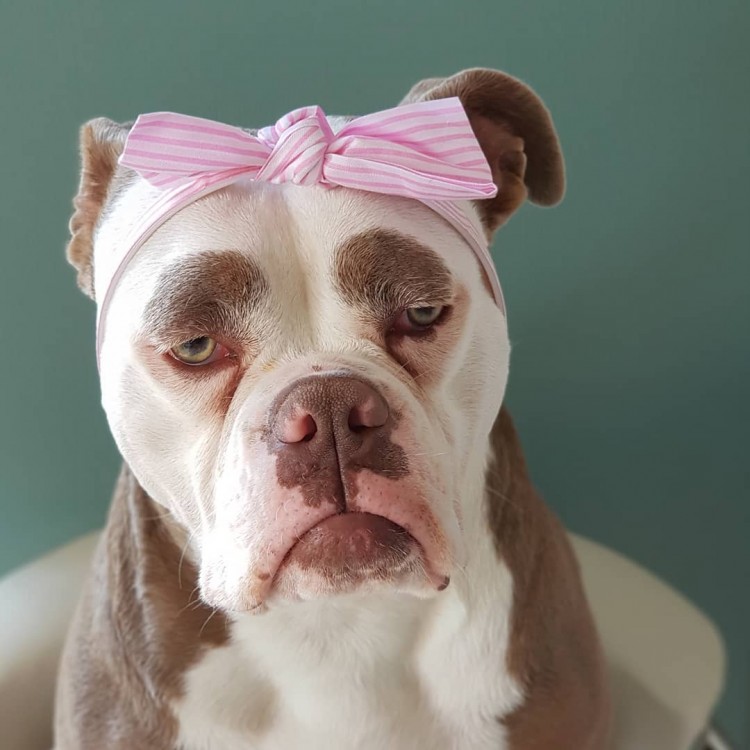 Ans: Of course not! 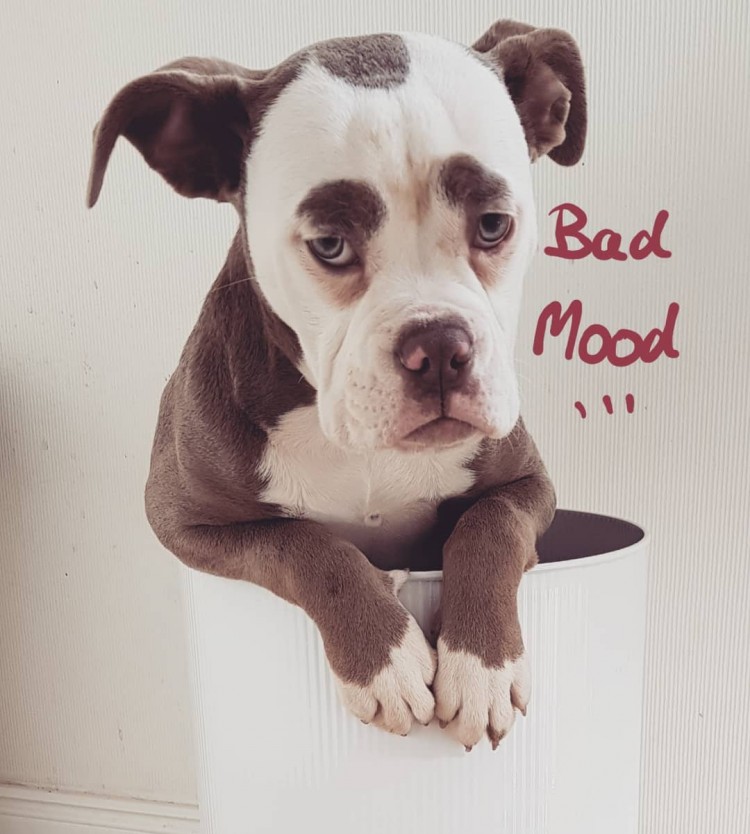 But don't judge her just yet, Madam has a very positive personality despite the downtrodden appearance. Janina told The Dodo that she was very happy. "She wiggles her tail, gives kisses."

Discovered that Madame Eyebrows is really a bubbly ball of love. It may not appear that way in photographs. 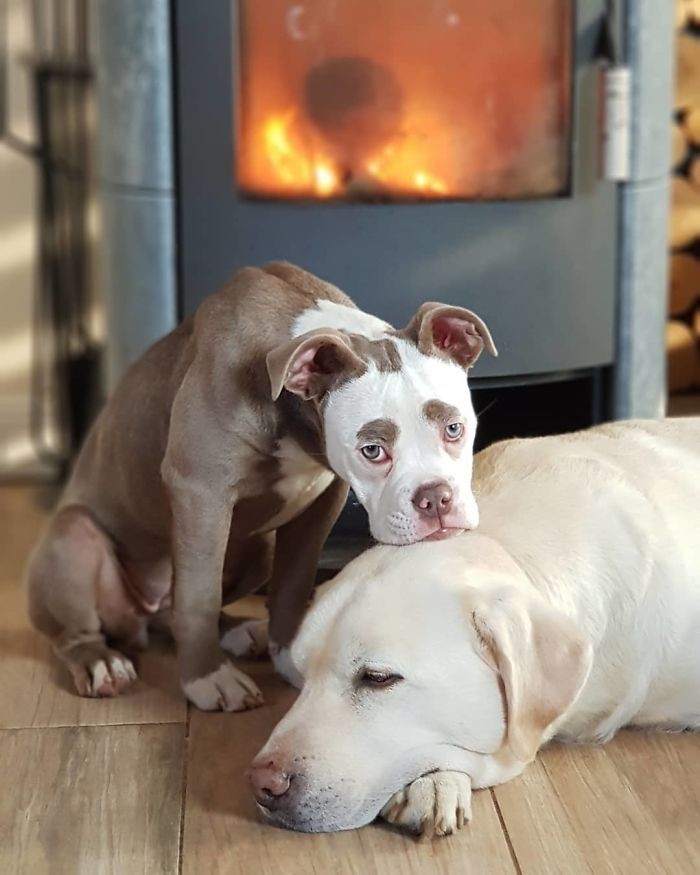 "In real life, you have to see her only a few minutes and you see that she is happy," Janina said, adding that her husband agrees. "We don't see only her sad face. We see how funny she is! And how much love she gives to us." 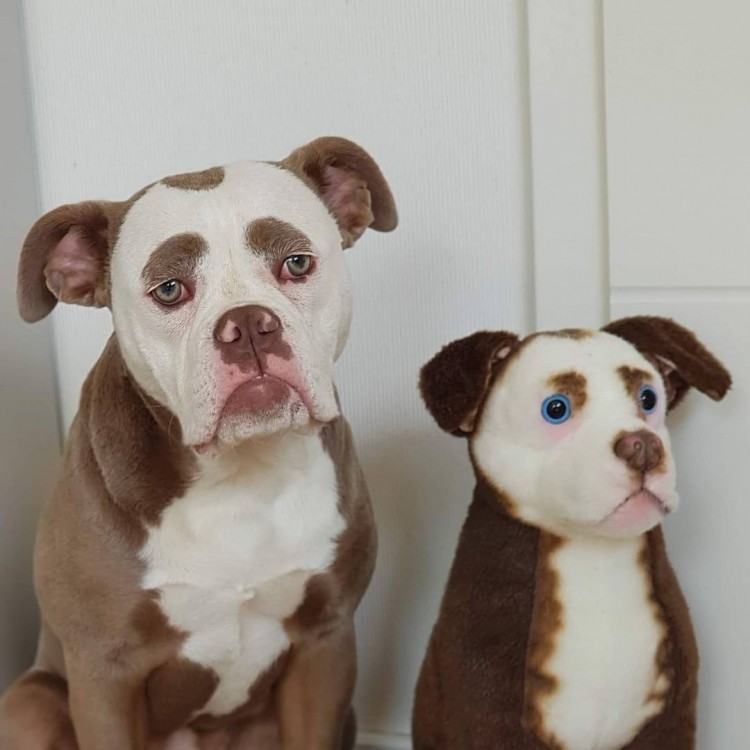 Madame Eyebrows is more than meets the eye, as is often the case.

Sometimes the sad-faced pup will exhibit a happy expression.

Although dogs don't actually have eyebrows like humans, they do have a set of whiskers.

It is reported on the Canidae Pet Food blog, however, that they are still able to communicate with their eyebrow ridge above their eyes. 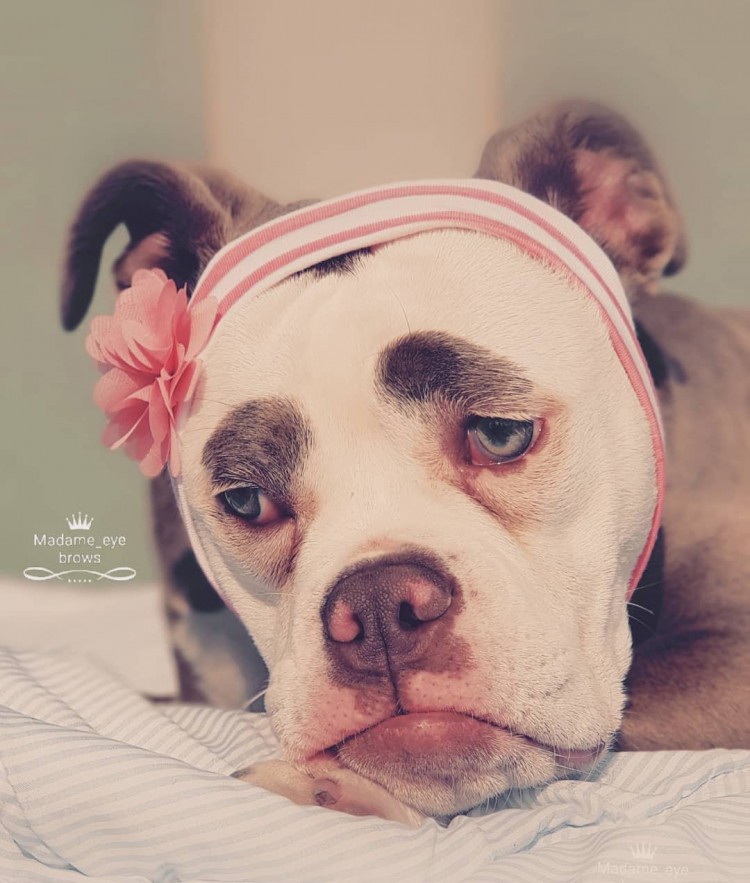 It doesn't matter that Madame Eyebrows looks down in the dumps most of the time - appearances don't matter, especially for a pup with such a big heart.

In the end, that's what makes her perfect. 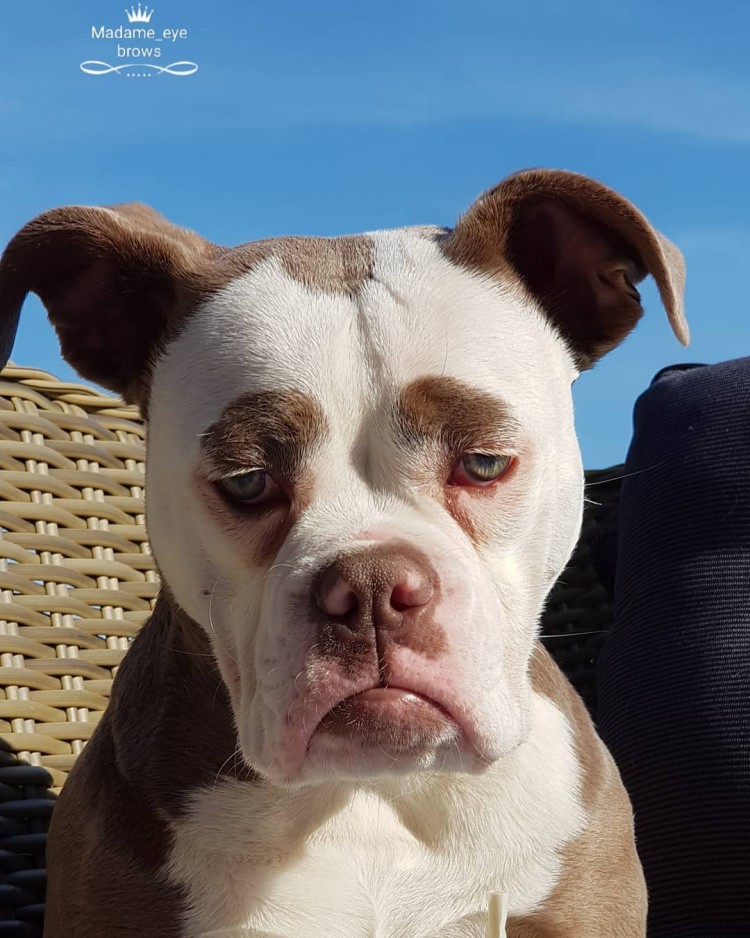 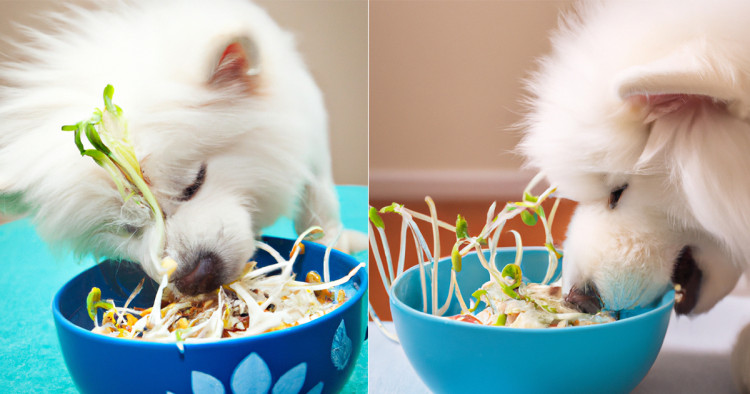 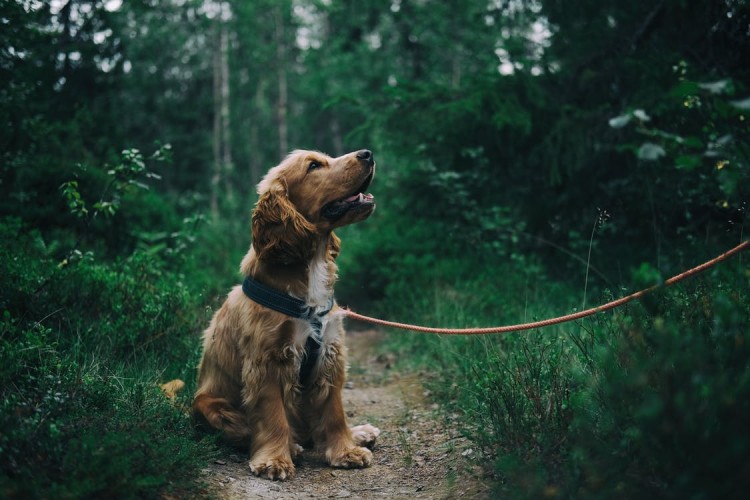